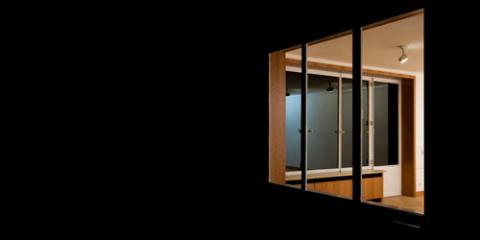 Four years ago, the piece STERBERAUM by German sculptor Gregor Schneider generated quite an uproar – and not only in the Arts & Culture section. And yet nobody had even seen it. The artist was only able to actually build the bone of contention six months ago. He did so at Kunstraum Innsbruck with Veit Loers as curator. It became a magical and silent room. The artist named the resulting images TOTER RAUM (Dead Room). Now STERBERAUM is being shown for the second time at the National Museum in Szczecin, Poland. The context of this year’s edition of Szczecin’s „13 Muses“ Festival for Visual Art, now 8 years old, is “Apocalypse.” It has become a spontaneous exhibition, but all the participants had the feeling ahead of time that it, the STERBERAUM, and he, Gregor Schneider, absolutely had to be here in Szczecin. Perhaps because “Death is likely the single best invention of life… because it creates room for the new” (Steve Jobs, visionary and fanatic in the areas of design, appeal and desirability – but not an artist – shortly before his death). Perhaps because here in Poland, in the heart of Old Europe, there is currently such a surprising feeling of change.

“Art, for me, has a deeply human ambition, in the most positive sense. Dying can also be art. Basically, a dying room is a personal commission to design the room and the environment in which we die, in which we dissolve, to then be dead. A task that lies in store for each of us.“ (Gregor Schneider in an interview in Paris in February 2008). In an interview with Heinz-Norbert Jocks (Kunstforum International 2008), he described the appearance of the constructed artistic space in detail and said, among other things: “The artistic space can create the values required to make dying and death openly visible.” Can an artistic space really achieve this? Do we all – each of us as individuals – really have this design commission? Every one can find out for him or herself from June 2 to August 31, 2012 at the National Museum in Szczecin, Poland. It’s a great opportunity.

Gregor Schneider, born in 1969 in Rheydt (now Mönchengladbach) made a name for himself thanks to his “Totes Haus u r”, a late nineteenth-century terraced house in which, since 1985, Schneider has been creating nightmarish suites of rooms, initially displayed in various museums and then transplanted to the German Pavilion at the 49th Venice Biennale (2001). Gregor Schneider received the “Golden Lion” from the Venice Biennale for his “Totes Haus u r”. In 2003 the “Totes Haus u r” moved to the Museum of Contemporary Art in Los Angeles. Since then, Schneider has carried out numerous projects around the world: the twin houses of “Die Familie Schneider” in 2005 in London, the “Cube Venice”, a replica of the Kaaba in Mecca destined for Venice’s St Mark‘s Square in 2005 and which was actually constructed at Kunsthalle Hamburg as “Cube Hamburg” in 2007, the high-security prison “Weisse Folter“ at K21 of the North Rhine-Westphalia Art Collections in Dusseldorf in 2007, the “Beach Cells” at Bondi Beach in Sydney in 2007, “END” in front of the Abteiberg Museum in Mönchengladbach in 2008 and, recently, “it‘s all Rheydt” for the Durga Puja Festival in Kolkata, at which Schneider bid farewell to sections of “Toten Haus u r” in the Ganges. After “Sterberaum” was first exhibited at Kunsthaus Innsbruck at the end of 2011, it will be shown at the National Museum in Szczecin from June 2012. Parallel to “Sterberaum” at the National Museum in Szczecin, Hamburger Station in Berlin is playing host to the bedroom from “Totes Haus u r” in the collection of the State Museums of Berlin/National Gallery/Haubrok Collection, while the Art Gallery of New South Wales, Sydney, Australia will exhibit the basement of “Totes Haus u r” in the John Kaldor Family Collection. A documentary catalogue complementing the exhibition will appear before the end of the year.